Create an Account - Increase your productivity, customize your experience, and engage in information you care about.

The total population for Cottage Grove is 35,632.

The City of Cottage Grove has seen rapid growth since 1970 and forecasts for our community show continued growth well into the future. The population figures come from the U.S. Census from the 2012 to 2016 American Community Survey. The projected growth totals are from the regional planning body of Minnesota called Metropolitan Council, which is in charge of planning for the Twin Cities metropolitan region. 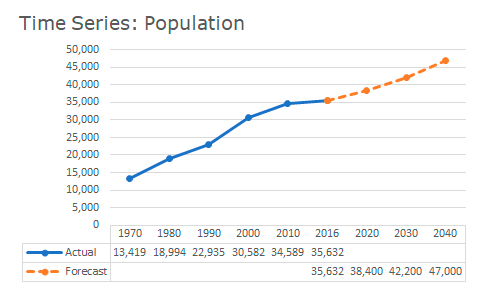 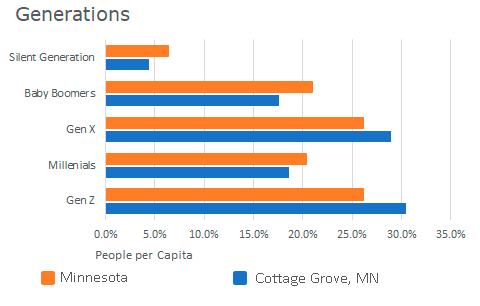 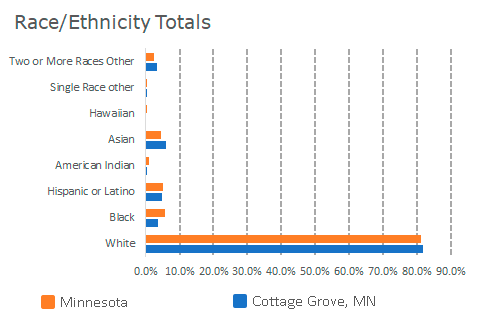 A household includes the related family members and all the unrelated people, if any, such as lodgers, foster children, wards, or employees who share the housing unit.